The distinctive feature of an actress with Blonde hair was first recognized with the “Blonde Bombshell” herself, Marilyn Monroe.

But over a few decades, the blonde actresses’ hairstyle has grown in Hollywood. And we are going to talk about them today. Let’s see who’s the next “blonde bombshell” of Hollywood next.

Not saying being blonde is the only thing special about these actresses, but the blonde domination in Hollywood, is quite obvious, with most leading actresses now being blonde or are natural blondes.

Here are a few blonde actresses who are dominating the Hollywood film industry in modern times.

This Mamma Mia actress is one of the most gorgeous blondes of the 21st century. Along with her great acting skills, Amanda Seyfried has a beautiful singing voice, and she proved that in the Mamma Mia movie series.

A few of her best movies are Mamma Mia! and Mamma Mia! Here We Go Again, Jennifer’s Body, Letters To Juliet and Mank.

Black Widow actress Scarlett Johansson got worldwide recognition when she starred as Natasha Romanoff, aka Blck Widow, in the Marvel Cinematic Universe.

Other than being on the list of most influential women in the world, She is the highest-grossing box office star of all time.

Because of her curvy figure and blonde hair, she has always been compared with the “blonde bombshell” herself, Marilyn Monroe.

This American actress rose to fame when she was just seven years old, playing Lucy Dawson in I am Sam, a drama film.

For the role, she was even nominated for a SAG award and won, making her the youngest actress to ever win a SAG award at the age of eight years old.

A few of her other movies are The Twilight Saga, Charlotte’s Web, The First Lady, and Once Upon A Time In Hollywood.

She started her career as a child star, debuting in a horror movie like The Amityville Horror; the talents of Chloe Grace Moretz were recognized when she was nominated for a Young Artist Award.

A few of her other movies are Carrie, Let Me In, If I Stay, and Big Momma’s House 2.

Starting her career starring in her father’s movie, Sandman, Blake Lively became a commercial success after starring in the Sisterhood Of The Traveling Pants series.

She became a fashion icon when she played the “It Girl,” Serena van der Woodsen, in Gossip Girl. Then while starring in Green Lantern, she met her future husband, Ryan Reynolds, now, those two are married and have three beautiful girls, and she is currently pregnant as well.

A few of her other movies are The Age of Adaline, The Shallow, and A Simple Favor.

The daughter of the famous Johnny Depp is among the most beautiful blonde actress in Hollywood. Starting her career playing a cameo role in the movie Tusk, Lily-Rose Depp slowly became a fashion icon.

Very few people can say they were hand-picked by Karl Lagerfeld at the age of 15 to become the Face of Chanel No.5, L’Eau.

A few movies that Lily-Rose Depp has played in are The King, A Faithful Man, and Planetarium.

Very few actresses could say that they started acting at the age of 13 in one of the biggest tv series in the world, Game of Thrones. Sophie Turner is definitely one of them.

Since then, she has become one of the biggest stars, winning an Emmy Award nomination for her outstanding performance.

Since Game of Thrones, Sophie Turner has played the role of Jean Grey in the X-Men film series. In her personal life, she is married to Joe Jonas, and they have two beautiful daughters together.

Not many people can say that they don’t like but love Jennifer Lawrence, either for her acting skills or her amazing quirky personality. Maybe that is a reason why she is on the Times” “100 most influential people in the world list.”

From her blockbuster films like Silver LInnign Playbook, The Hunger Games Series, and X-Men Film Series, she is no stranger to a variety of roles.

An actress with great comedic timing and a passion for musical theater, the Easy A actress gradually stepped into the entertainment industry.

She was the first cast at the age of 18 in the movie The Princess and the Pea, but she got her major breakthrough when she acted side by side with Mathew McConaughey, in Ghost of Girlfriends Past.

Since then, there was nothing stopping her; with movies like Easy A, Crazy, Stupid, Love, The Amazing Spider-Man, and La la Land, Emma Stone became a household name.

This Australian bombshell got her break from the movie The Wolf of Wallstreet, starring Leonardo DeCaprio. From then, she starred in countless widely praised roles in movies such as The Legend of Tarzan, I Tonya, Mary Queen of Scots, and Once Upon A Time in Hollywood.

But no character did her justice than the amazing Harley Quinn from The Suicide Squad and Birds of Prey. She just embodied the role of the crazy girlfriend of Joker Harley Quinn, as if the role was made for her.

If you have any questions regarding the topic, then here are some questions that others have asked that might help you.

Q1. Who Is The Most Famous Blonde Of The 20th Century?

Ans: When we are talking about the most famous blonde actresses of the 20t century, then there is only one name on top, which is Marilyn Monroe.

Q2. Who Has The Most Beautiful Blonde Hair?

Ans: If we are talking about the No.1 actress in the World, then the person has to be Pretty Woman herself, Julia Roberts.

The blonde domination in Hollywood definitely began with Marilyn Monroe and her beautiful blonde curls. Since then, Hollywood has always been great for blonde actresses.

But only having blonde hair, is not the only criteria for surviving in the entertainment industry, you need to be great at acting as well to survive. 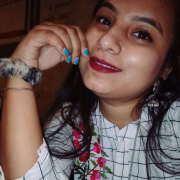 Susmita Sen
Susmita Sen has started his journey in the Digital Marketing field. She has more than 1 year of experience in SEO. She likes to share her thoughts for the Website’s achievement goal. She is so passionate about bright career in this ways. Susmita has interest about travelling, cooking in various dishes, reading books about human psychology, and listening to music.

How Is Germany To Study Economics?

Tips On How Going Mobile Can Change The Legal Industry