Bitcoin became famous for its decentralized nature. It lacks a leader, and the members of the network control the whole network. Due to the decentralized nature, experts believe that Bitcoin has the potential to replace the mainstream currency in the future.

You might have finally guessed that I am a Bitcoiner. But that doesn’t change the fact that I am a businessman as well. I have been in the investment industry for more than five years now, and one thing I have seen in the Cryptocurrency market is that Bitcoin might have the volume; Ethereum has always been about the Frequency.

Why should You Invest In Ethereum?

If you are a Bitcoin investor myself, you would never ask this question. In fact, you will never think of investing anything in Ethereum when you are successfully investing in Bitcoin. But if you are a businessman like me, you will realize that Ethereum holds more potential than Bitcoin.

Bitcoin is used only for making transactions, but Ethereum offers several other products that are helping businesses and individuals in their day-to-day life. One of the prime examples of Ethereum products is Smart contracts.

Here, we will talk about the reason that made me think that Ethereum can be a better option to invest in.

Ethereum has the largest ecosystem. It took Vitalik Buterin four years to create and launch Ethereum in the market. Bitcoin created a spark of Interest inside Buterin; he took his time caret a full proof plan.

Ethereum Blockchain is offering a network for transactions and products that can be implemented in daily lives.

2. Leader Of The dApps Industry:

Ethereum is considered the leader of the dApps. These applications target the market of various niches and offer a platform for the user to stand on equal terms with the other users. The market of dApps is going to increase in the future, giving Ethereum an edge over the others.

DeFi relies on a platform like Etreghreum to support smart contracts. Through smart contracts, traditional finance becomes decentralized and is no longer controlled by a single entity.

The end of 2019 marked the beginning of a new chapter when Ethereum 2.0 was launched in the market. Experts believe that Ethereum 2.0 might be able to bring back the former glory of Ether that it once had in its early days.

Initially, Ethereum was focused on the decentralized side, just like Bitcoin, but with Ethereum 2.0, it decided to sacrifice the decentralization to gain an enhanced performance.

Ethereum has gained popularity since the first mad bull run of Bitcoin. Most people know it was Bitcoin that started the Mad Bull run, but the real thing is that before Bitcoin started the soaring of the price, it was Etehreum that started the whole mad Bull run thing.

Bitcoin is bound to be successful in the coming years. But we cannot overshadow the entire market with Bitcoin itself. We have seen the complete picture of the market. Once you doubt that, you find that Etehreum is no less in any sense than Bitcoin.

In fact, the practical regulation of Ethereum is more workable by looking at the products it has given to the world. If you truly consider yourself a business owner, you will understand what I mean.

Should Cryptocurrencies Be Regulated: Major Arguments For And Against 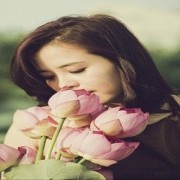 Ariana Smith
Ariana Smith is the girl behind Big Jar News. She is a passionate content writer by professional. If you are a digital content consumer, or simply an info-holic, then this site is for you. Online Marketing Tools, Smart Business Daily, and Emblem Wealth, RSL Online.

3 Tips For How To Effectively Manage Your Invoice Payments

What Are Alternative Investments?

How Is Fault Determined In A Truck Accident